At CGE Jordan, we’ve sought to build our program around you, the student. As you read through our program details, you’ll find something to fit your needs.

Over the last decade, we have consistently sought to tweak and perfect everything we do. Our study programs reflect a sincere commitment to meet our clients’ needs and to surpass their expectations. We believe our quality is unmatched and we look forward to helping you reach your Arabic potential. 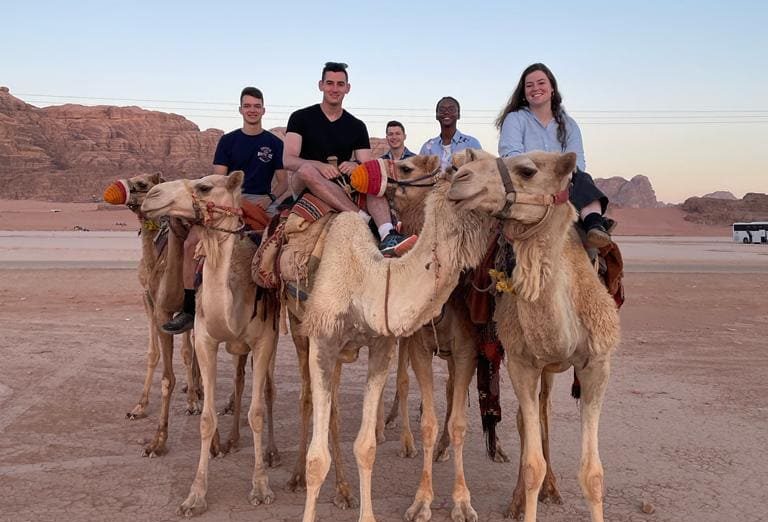 Upcoming course dates are as follows:

As the name suggests, our Core Track Study program is designed to give beginner students the foundation they need to move up the proficiency levels quickly. Core Track Study offers students the best of both worlds: 1) A small study group (3-7 students) which is ideal for speaking practice & critical exercises, and 2) a surprisingly low tuition rate.

Special Track Study is our signature program for students who need alternate study hours or customized-study for their particular needs.

Students who typically prefer Special Track Study are as follows: 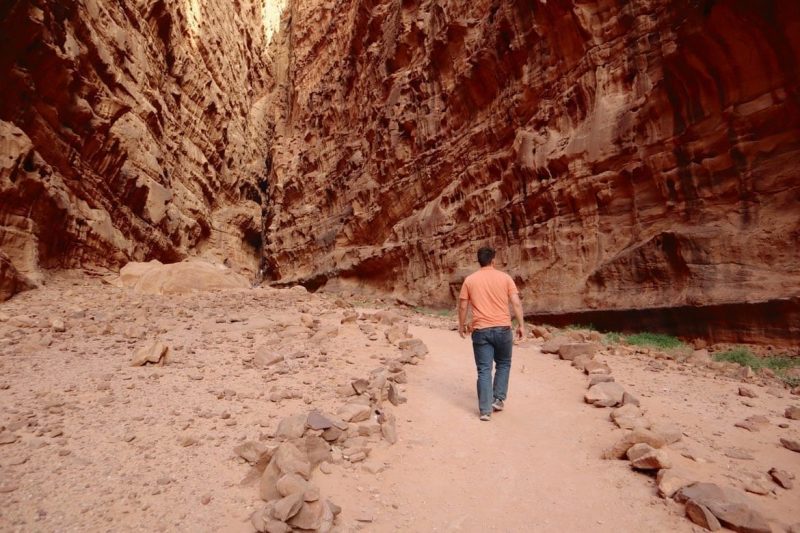 Special Track Study can be catered to the specific needs of the student. Students may study 1-to-1 or in a small group, as they desire. Hourly tuition rates are calculated according to several factors, including the amount of study hours and the length ad type of study. To receive tuition rates offered for your study, please take a moment to complete our secure online application below.

Like Special Track Study, Online Track Study can be uniquely-catered to the needs of the student. Presently, online study is only available in a 1-to-1 or 2-to-1 (student-to-instructor) format. Hourly tuition rates are calculated according to several factors, including the number of hours per week, the study duration, and type of study proposed. To receive tuition rates for Online Track Study, please fill out our secure online application.

Students who fit any of the following descriptions, may want to consider our Online Track Study program:

If you are a university student and would like to experience immersive Arabic language and culture while also receiving academic credit toward your degree, then CGE Jordan’s intensive Study Abroad Track is for you.
Since 2007, CGE Jordan has been welcoming students from the USA and other countries for intensive Arabic study abroad.

Our study abroad program is unbelievably great. We have designed it with many extras not found in any other program. Not only is it the most affordable program of any Arabic study abroad program in Jordan, it is also the most feature-packed program available, with more personal attention, more intensive Arabic, more in-country excursions, and the only program of its kind to offer a full-board, all-expenses paid trip to Sharm Al-Sheikh, Egypt for snorkeling and camel-riding fun! 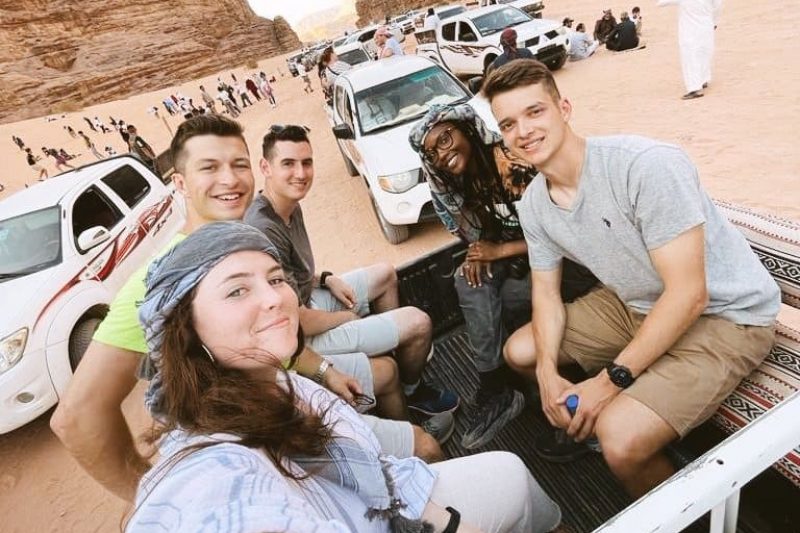 Since Arabic is considered a high-priority, "critical" language by the U.S. State Department, students from the USA and other countries will find it easier to obtain scholarships for Arabic study. 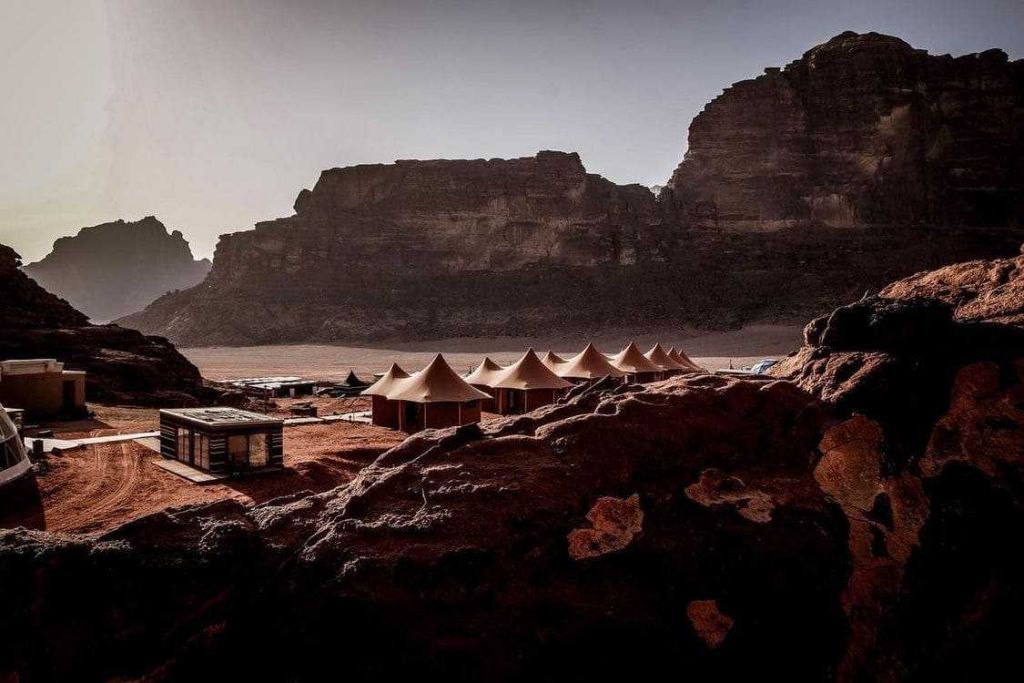 Diplomatic Track Study may include Arabic dialect and/or Modern Standard Arabic to suit the needs of our diplomatic clients. Both study and a full range of hospitality services are customizable and can be expanded or limited according to the wishes of the client.

Diplomats and other government employees have a wide variety of needs when it comes to Arabic study. Some desire to study part-time with an instructor at their place of work and some prefer online study to improve their Arabic.

There are those who need short-term intensive study in Jordan followed by weekly online study from their home countries, while others are committed to several years of daily intensive Arabic study in Jordan. For this reason, we have designed a separate application process for diplomats and other government employees.

Why evaluate someone’s language? Periodic language evaluations have proven to be of critical importance to effective language acquisition.  CGE Jordan offers testing services for both CGE Jordan students and those from other centers.  We are the leader in Jordan of ACTFL OPI testing services and have conducted hundreds of evaluations since we began offering the service in 2009.

What is the ACTFL Oral Proficiency Interview?
How is the OPI rated?
How are the results delivered and when can I expect them?
What is the cost of the OPI?
Is there any way to get the results back earlier than 1-2 weeks?
I don’t need formal written results... just the rating and some helpful feedback. Can I sit for an interview and get this information immediately after?
Does CGE Jordan conduct OPI’s for Arabic dialects or for Modern Standard Arabic?
Should I take the OPI more than once? What do you recommend?
How do I schedule an OPI evaluation?
What is the ACTFL Oral Proficiency Interview?

The ACTFL Oral Proficiency Interview is the most recognized test in the United States for evaluating one’s speaking abilities. It is a live, recorded 10-20 minute conversation, between a trained interviewer and the candidate. The test is standardized and a reliable measure of how well a person speaks a language. Interviewees are asked a set of personalized questions with the goal of gathering a good sample of speech which is later used to rate against the proficiency levels described in ACTFL Proficiency Guidelines.

To be ratable, a speech sample must clearly demonstrate the highest sustained level of performance of the speaker (known as the “floor”) and the level at which the speaker can no longer sustain the performance (known as the “ceiling”), over a variety of topics. Although the Oral Proficiency Interview is highly technical, it appears to the candidate to be much more like a normal conversation than an oral test.

How is the OPI rated?

The OPI assesses language proficiency in terms of the ability to use the language effectively and appropriately in real-life situations. The test does not consider the educational background of the candidate or the veracity of the content given but, rather, his/her ability to communicate practically and proficiently. The OPI does not compare one individual’s performance to others, but each individual performance to the assessment criteria.

All Oral Proficiency Interviews conducted at CGE Jordan are doubly-rated by two raters and one final rating is given. Candidates are evaluated and ratings are given according to the ACTFL Proficiency Guidelines for Speaking (2012).

How are the results delivered and when can I expect them?

OPI results are sent by email to the candidate and/or another party that he/she designates. The email will contain

Results are sent out 1-2 weeks after the date of the OPI.

What is the cost of the OPI?

Is there any way to get the results back earlier than 1-2 weeks?

I don’t need formal written results... just the rating and some helpful feedback. Can I sit for an interview and get this information immediately after?

Yes. We do provide informal OPI’s for those who do not need or want formal written results. Everything remains the same in the OPI process, except that results and feedback is given orally directly after the OPI is completely. The fee for an informal OPI is 25 JOD ($35.31 USD).

Does CGE Jordan conduct OPI’s for Arabic dialects or for Modern Standard Arabic?

Jordanian
Palestinian
Syrian
Lebanese
Iraqi
Egyptian
*OPI’s may also be conducted for Modern Standard Arabic (MSA), keeping in mind that the OPI is completely oral and no part of the interview will involve writing.


Should I take the OPI more than once? What do you recommend?

It is recommended that a candidate’s first OPI be scheduled after 6-9 months of study and then again once every 6 months until the desired rating has been reached.

How do I schedule an OPI evaluation?

You may schedule your OPI by clicking on the link below. If you require special assistance, please reach Christine at our main office number: 0096265350771.

Applying for Arabic study at CGE Jordan has never been easier, simply click on the secured application form link, fill out the application, and submit it. Within a couple of days, you’ll hear back from us.

We know how difficult it can be to get settled in a foreign country, especially when you might not fully understand the language and culture there. That’s why we, from the moment you contact us about studying in Jordan to the time you return to your country, we are committed to assisting you in any way we can. We want to make sure that you successfully navigate the ends and outs of living in Amman with the least amount of frustration. And best of all, we don’t charge for administrative fees for these services. Here are just a few of the ways that can assist you:

Excursion trips (some guided) inside of Jordan, camping, Cultural orientation seminars for groups…

Don’t hesitate to ask for our assistance. We are ready to serve you!

THE 101 MOST USED VERBS IN SPOKEN ARABIC: JORDAN & PALESTINE

The 101 Most Used Verbs in Spoken Arabic: Jordan & Palestine is more than just a book of most used verbs. It is the definitive resource for Spoken Arabic, containing everything a student of Arabic needs to gain fluency in speaking and understanding the everyday language used by Arabs in the Levant (Jordan, Palestine, Syria, & Lebanon).

This book contains more than 850 definitions from the 101 verbs as well as very practical sample sentences which provide crucial context learners need for mastery.

Now in its expanded 3rd edition, the 101 Book will enable any student of Arabic to isolate and master these most frequently used verbs while also being able to acquire another 700 high frequency verbs found within the verb inflection charts appendix.

Additionally, it contains one of the most exhaustive lists available for broken plural nouns (over 800), along with many other helpful tools. A MP3 CD is included and contains 10 hours of high quality audio. The 101 Book has been used by thousands of students, both in the classroom and for personal study. It has proven itself to be the an essential book for serious students of Arabic dialect.

The author, Fridrik Tiedemann has lived and worked in Jordan since 2001.  One of his passions is to help students of Arabic find success in their quest to learn one of the richest and most challenging languages of the world.